Get the defence you deserve.

Why Was I Charged with Impaired Driving after Smoking Legalized Marijuana? 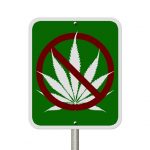 Even though marijuana is legalized in Ontario, it is still against the law to operate a motorized vehicle or boat while smoking or while under the effects of the drug. Law enforcement agencies throughout Ontario are starting to more heavily enforce impaired driving while under the influence of marijuana.

END_OF_DOCUMENT_TOKEN_TO_BE_REPLACED

How Legalizing Marijuana Is Impacting the Black Market 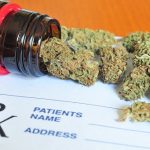 Back in October when marijuana was officially legalized for recreational use in Canada, the rollout was rather shaky. Legalized resellers did not have sufficient supplies to meet demand. In addition, many marijuana retailers in various provinces were quickly closing up shop because they did not have a reliable supply of legally grown marijuana coming in.

END_OF_DOCUMENT_TOKEN_TO_BE_REPLACED

Your Behaviours Online Could Result in Being Charged with Criminal Harassment 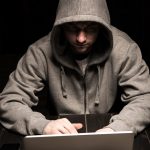 In today’s society, with the use of social media, many people do not realize their online behaviours could actually find themselves being charged with the criminal offence called criminal harassment. This type of offence was added to the Criminal Code of Canada in 1993.

Initially, it was developed to address the growing awareness of stalking behaviours and stalkers. Prior to the rise of the Internet and social media, stalking involved one or more of these types of behaviours:

END_OF_DOCUMENT_TOKEN_TO_BE_REPLACED

Tips for Avoiding a DUI During the Fall and Winter Holidays 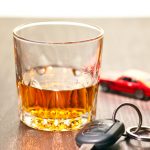 Where many people go wrong, is they mistakenly assume after drinking they can still drive. With police setting up checkpoints during various holidays, not getting caught is highly unlikely. Who wants to end a fun holiday celebration by being arrested and charged with a DUI?

END_OF_DOCUMENT_TOKEN_TO_BE_REPLACED

Domestic Violence Cases: What Is the Difference between Criminal and Family Courts? 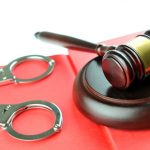 It is essential to remember domestic violence is viewed as a criminal offence according to the Criminal Code of Canada. However, in certain situations, there are times when domestic violence cases can intersect across both criminal and family courts.

Criminal courts prosecute those accused of domestic violence as a criminal offence. When a victim files a formal complaint with the police, they are duty bound to fully investigate the claim. Initially, they make take the suspect into custody if they believe the victim’s claim is valid.

Once a formal complaint has been filed, the victim no longer has the ability to drop the charges. Sometimes victims feel remorse afterwards and believe that if they do not drop the chargers they will only make their domestic situation worse. Yet, the Crown’s objective is to ensure the accused is held accountable for their actions.